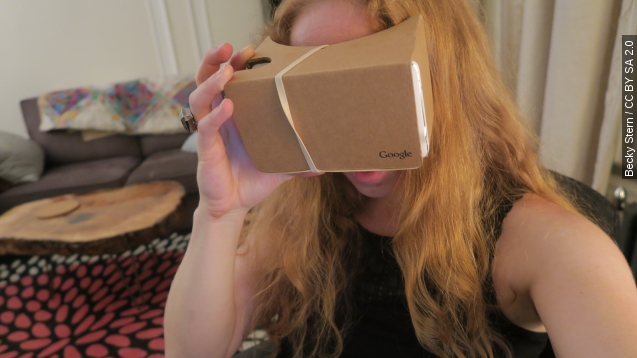 In conjunction with the launch, YouTube has featured a few new virtual reality videos, showing everything from wildlife in the Congo to the Apollo 11 moon landing to virtual reality Minecraft.

The initial offerings won’t be the only videos available for VR viewing. To help create new VR content, YouTube is working with Jump, which provides camera rigs and software to VR filmmakers. Jump, like YouTube, is owned by Google. (Video via CNET)

But what about the millions of videos already up on the site? YouTube’s got new features for those, too.

The company says all of those videos can be viewed in virtual reality. If you decide to watch one on your VR headset, it’ll look like you’re in a movie theater, with the video playing on a large screen in front of you.

The update is likely good news for another Google product: Cardboard. Videos are compatible with the company’s virtual reality device, which uses a smartphone as the screen. (Video via The Verge)

Right now, the new features are only available for Android users, through Google Play, though YouTube says iPhone users will be able to enjoy the immersive experience soon enough.

This video includes images from Becky Stern / CC BY SA 2.0.