Google Has Ground To Make Up In The VR Industry 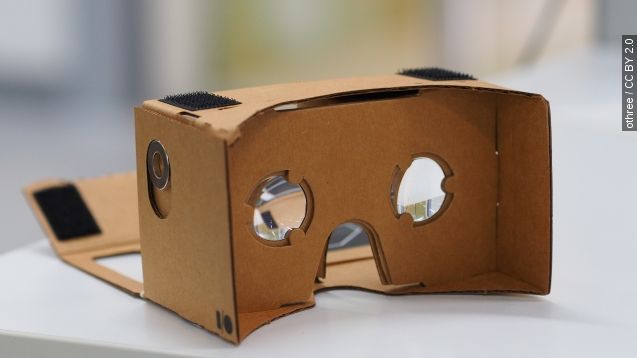 SMS
Google Has Ground To Make Up In The VR Industry
By Evan Thomas
By Evan Thomas
January 13, 2016
Google's decision to allocate staff and resources to virtual reality comes as competitors already have traction.
SHOW TRANSCRIPT

Virtual reality is the future. For proof, look no further than Google, which just allocated staff to direct a new department for VR. (Video via ArchiVision)

Clay Bavor ran Google's apps division. Now he'll be focusing solely on VR, and not a moment too soon. Google's a bit late to the spiraling headset industry.

Facebook's Oculus Rift is taking preorders, HTC isn't far behind with the Vive, and even Microsoft is about to release its reality-augmenting HoloLens headset to developers. (Video via Oculus VR, Microsoft)

Google has ... Cardboard. It's been a modest success, but maybe now it will get more love. (Video via Tested)

Google teamed with GoPro to produce content for it, and tweaked YouTube and Street View to work through the goggles. Doctors credit Cardboard with helping visualize a tricky heart surgery. (Video via GoPro, CNN)

And the amount of resources Google is now allocating suggests it's planning something more permanent.

It's not clear whether that means high-end hardware like the Rift or Vive, or whether Google will push mobile VR, like Samsung's Gear VR. It's worth noting that system is Android-based. (Video via HTC, Samsung)

Google has declined to fill in the gaps. For the near future, at least, we'd keep an eye on Cardboard.

This video includes images from othree / CC BY 2.0.