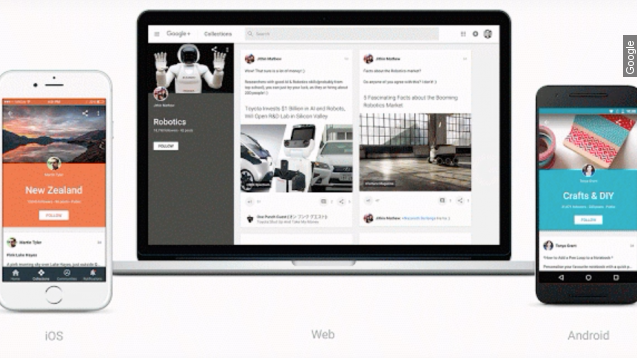 SMS
Google Gives Their Flagging Social Network An Overhaul
By Katie Link
By Katie Link
November 17, 2015
Google gave Google+ a major facelift and redesign in hopes that more users will be drawn to the product.
SHOW TRANSCRIPT

In case anyone was wondering, Google+ is not dead. Allegedly. In fact, Google just gave it a major face lift to try and prove it to you.

It hasn't exactly been smooth sailing for Google+ since its launch in 2011; the program has struggled to find its place among other social networking sites. But execs hope this fresh look and reorganization will fix that. (Video via Google)

According to the company's blog post, the new-and-improved site will focus on the Communities and Collections features, both of which drove the highest traffic during observation.

The Communities feature was introduced in 2012. On it you'll find people connecting and talking about topics ranging from pizza joints to astrophotography. (Video via Google)

The company says it's also simplified things and made the design friendly across multiple platforms.

The company says the whole purpose of the redesign is to shake things up and draw users in,. But will it work?

Well we probably don't need to remind you that people gave Twitter lots of attention after it replaced the "star" button for the newer "heart." (Video via Twitter)

And Facebook gets design updates pretty frequently too and people love to talk about those. (Video via Facebook)

Thing is, those redesigns get all of that buzz because there's already tons of people using those networks already. We'll have to wait and see if the updated Google+ will have the same effect.