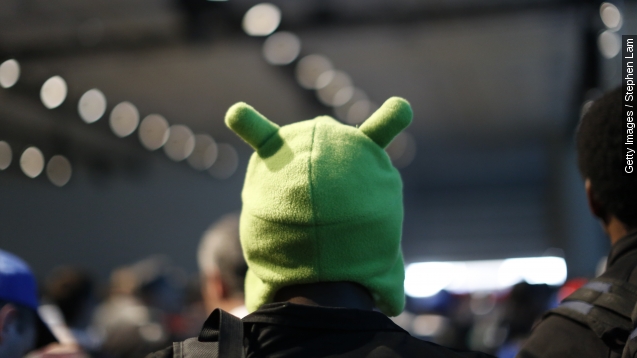 SMS
Google Event Primer: Marshmallow, Nexus, Chromecast, Oh My!
By Leah Becerra
By Leah Becerra
September 28, 2015
Holy rumor mill, Google! There is a lot of speculation around the company's event Tuesday. Here's everything we expect to see.
SHOW TRANSCRIPT

Holy rumor mill, Google! There is so much speculation around the company's Tuesday event that cutting through the gossip's going to be tough. But we're attempting to do it anyway.

First off, we're definitely expecting to finally get a release date for Android 6.0 — a.k.a. Marshmallow. Beta versions of the new mobile OS have been out since this year's Google I/O and we're hoping to see the full version launched to all devices sometime in early October.

We're also sure that Google will debut two new Nexus smartphones: the Nexus 6P by Huawei and the Nexus 5X by LG. Numerous images — including these, which were leaked on Reddit — have graced the Internet for months now.

We're still really not sure what to think about that odd black wedge on the back of the 6P. Regardless, both phones are expected to have fingerprint readers.

And one more thing about these new phones that'll likely get some Android fans stoked: There will finally be at least one exciting color option. I'm looking at you, Icy Blue 5X.

Sadly, there probably won't be any new tablets shown off at Google's event. But there could be updates to the popular Chromecast dongle, which we hope includes support for faster Internet connections. (Video via Marques Brownlee)

We also wouldn't be surprised if Google has a few things to say about Android Wear, Android TV or even Android Auto. Check back with Newsy after the event to see which rumors will be coming true.