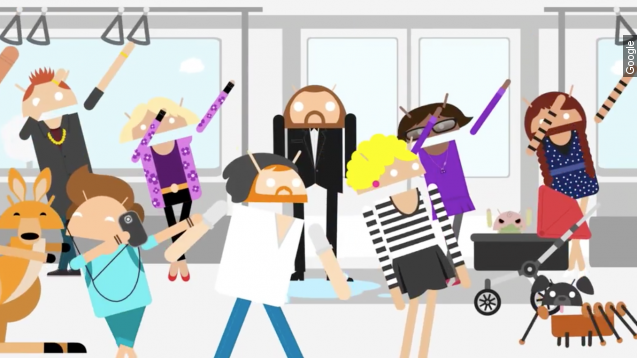 SMS
Google-Designed Android Chips Make A Whole Lot Of Sense
By Mikah Sargent
By Mikah Sargent
November 6, 2015
According to an exclusive report from The Information, Google is in talks with chip-makers to co-develop smartphone chips for Android devices.
SHOW TRANSCRIPT

In nearly every Android vs. iOS debate, there's a word that almost always comes up: fragmentation. Pro-Apple folks argue Android loses out because of the sheer number of different devices all running different versions of Google's mobile operating system. (Videos via Apple, Google)

Fragmentation has been in Google's crosshairs for some time. Whether it's releasing apps that introduce new Android features or implementing clever software changes that don't require operating system updates, Google is doing more now than ever before to keep the diverse Android ecosystem up to date. (Video via Google)

But all of those efforts pale in comparison to what Google's reportedly cooking up next. An exclusive report from The Information claims the company has been in talks with chip manufacturers to co-develop microchips for Android phones.

And here's where we return to the Android vs. iOS debate. Apple is known for its custom-designed processors; the company regularly touts its latest and greatest chips during hardware announcements. (Video via Apple)

"Inside your iPhone is the fastest chip we've ever built into a phone: The new A9 chip. Also our third-generation 64-bit chip," said Apple SVP Phil Schiller during an Apple press event.

Many would argue Apple's attention to detail — be it a custom processor, software or hardware design — is what makes the company's mobile phones popular. So it's no surprise Google would take a page from the company's playbook.

A move like this would give Google an opportunity to address the ever-referenced fragmentation issue and better compete with Apple all in one fell swoop. (Video via Google)

Still, as a writer for Time points out, this doesn't mean carriers and phone makers won't customize Android OS; it does mean the base hardware could be a lot more consistent. (Video via Samsung)

Knowing every new Android phone is running the same uber-fast chip with the same built-in sensors would do wonders for marketing Android devices and even for the developers making Android apps. With all that in mind, it's arguably more bizarre if we find out Google isn't looking into co-developing its own chips. (Videos via Motorola, HTC)