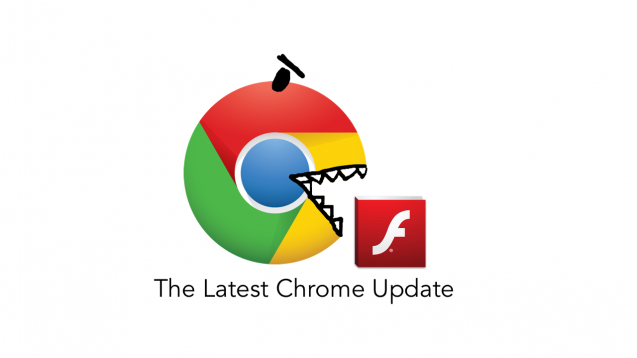 It can be a common sight these days — you’re browsing some web page or another and then all of a sudden you have an ad or video jumping to get your attention.

Google’s hoping to put an end to that with their latest update. Starting Friday, Google Chrome Beta will automatically pause what it deems to be Flash content not central to the webpage. The everyday Google Chrome browser will get the update in the coming weeks. (Video via Google)

What that means is, if you go to a webpage where a Flash video or ad would normally automatically start, Google will pause it right off the bat so you’re never distracted by its animation, or worse, its audio.

Google’s pinning the update as a battery-saving measure and it’ll be turned on by default, though we’re guessing just about anyone who uses Chrome, laptop or not, will be pleased with the change. (Video via Google)

As Fortune’s Dan Kedmey points out, the update may also be geared toward giving advertisers more reason to ditch Adobe’s Flash for HTML5 instead. Though it’s notable that Google worked with Adobe on this project.

Google’s been trying to push advertisers toward HTML5 for a while now, and even started offering automatic Flash to HTML5 conversions for ad campaigns in February. (Video via Google)

Saving battery life may be more important than some folks realize, too. Chrome has become somewhat notorious for sucking up a laptop’s battery, enough so that it’s begun driving some folks away from it and towards alternatives like Mozilla or Safari.

It seems that Google is taking the complaints to heart with this latest update, though. Whether it’ll continue to find ways to give your laptop battery a little more oomph while running Chrome is yet to be seen.