Google And Uber About To Be Driverless Rivals? 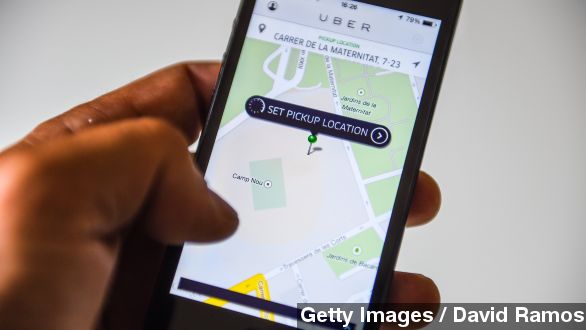 SMS
Google And Uber About To Be Driverless Rivals?
By Matt Moreno
By Matt Moreno
February 3, 2015
A Bloomberg report says Google is developing a ride-booking app using autonomous cars. The outlet suggests Google and Uber are rivals, not friends.
SHOW TRANSCRIPT

One of Uber's biggest investors might soon be one of its biggest competitors.

A report from Bloomberg says Google is working on its own ride-sharing app, possibly using driverless cars and intended to will rival Uber's app. The outlet writes, "The companies are more likely to be ferocious competitors than allies."

Which is odd since Google Ventures poured some $258 million into Uber not too long ago — Uber's biggest investment at the time. Google's chief legal officer, David Drummond, also sits on Uber's board. The Bloomberg report says the board is considering asking Drummond to resign.

Adding another layer to the whole reported mess, Uber relies heavily on Google Maps for its ride-sharing app to work. Google, in turn, uses Uber to collect data on how traffic is moving within cities.

A number of outlets say Google has denied this rival ride-sharing app report, mainly citing this tweet. But, as you can see, Google didn't exactly deny it there. A Wall Street Journal source says the report was simply blown out of proportion.

Uber also made headlines Monday for its partnership with Carnegie Mellon University's Robotics Institute, a move expected to develop autonomous cars. That could put Uber in a spot to compete with Google.

Uber's CEO Travis Kalanick has said before he's fascinated with the idea of driverless taxi services and one day hopes to roll out an entire fleet of them.

Google has already been in the autonomous car game for a while though, releasing this video about three years ago and then dropping this one last year — different looks, but the same concept.

Neither Google nor Uber has made a public statement denying Bloomberg's report.