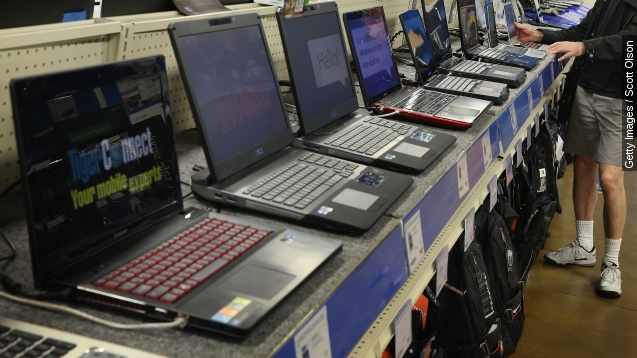 SMS
Good News? It'll Cost Less To Play DVDs On Windows 10
By Leah Becerra
By Leah Becerra
August 5, 2015
Windows 10 made a lot of improvements over its predecessor. But there's one tweak that is still kind of a bummer: DVD playback isn't included again.
SHOW TRANSCRIPT

A Windows Central post Wednesday morning was almost chipper when it announced the cost of Microsoft's DVD Player app. (Video via Microsoft)

The company wrote, "Any Windows 10 owner can now get Microsoft's official DVD Player app for its new operating system from the Windows Store for the price of $14.99."

But that's about $14.99 too much. With only a handful of people getting a free pass on the charge, sadly, for many Windows users this will actually seem like a good deal.

To be clear, earlier versions of Windows did offer DVD playback capabilities baked in, but then Windows 8 was released and the company decided to save a buck by passing the cost to users.

So some may remember having to upgrade Windows 8 to the pro version for $100 before they were even given the option to pay for the Windows Media Center pack, which cost an additional $10. Only then could you watch a DVD. (Video via CNET)

There were ways around this, ways that still work on Windows 10 like VLC player, but free playback programs don't tend to support Blu-ray.

In 2012, ZDNet did the math and found that Microsoft and its OEM partners would have to spend "as much as $800 million per year" just to make DVDs playback on Microsoft users' computers.

Not that a lot of people still watch DVDs on their computers or buy DVDs at all. Thanks to streaming services like Netflix, DVDs just don't make a lot of sense anymore due to cost and accessability.

But that still doesn't make it OK for a company as big as Microsoft to not foot the bill for features its competitors include with the price of the computer.