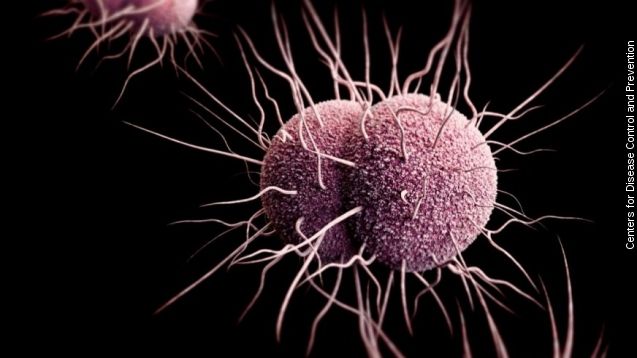 SMS
Gonorrhea May Become Untreatable, Official Says
By Ryan Biek
By Ryan Biek
December 29, 2015
England's chief medical officer warns that antibiotic resistance was found in a strain of the sexually transmitted disease this year in the U.K.
SHOW TRANSCRIPT

Dame Sally Davies wrote in a letter to doctors and pharmacies in Britain that gonorrhea "has rapidly acquired resistance to new antibiotics, leaving few alternatives to the current recommendations." (Video via Royal Society of Chemistry)

Gonorrhea is the second most common sexually transmitted disease in England. Cases have increased almost 20 percent between 2013 and 2014 alone.

Treating gonorrhea usually requires two antibiotics, but because many patients don't receive or take both, not all of the bacteria is killed.

"... Antibiotics were only discovered by people. They were actually invented by bacteria. ... They've been using these weapons to kill each other for 2 billion years. And so they've created defense mechanisms," a spokesman for the Infectious Diseases Society of America told RT.

An outbreak of a strain of gonorrhea already resistant to one of the two usual antibiotics began in the U.K. in March.

Scientists fear it could become the dominant strain and are trying to track and monitor those who have it.

This video includes images from Getty Images and NIAID / CC BY 2.0.