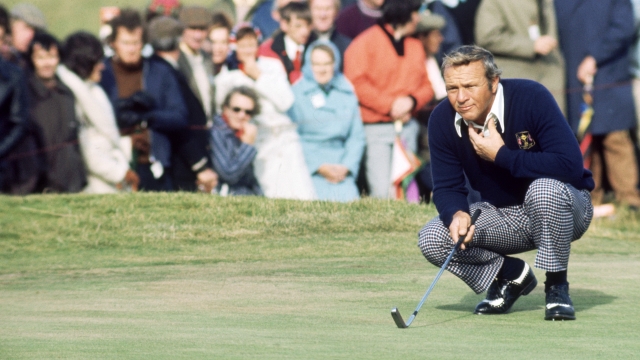 Legendary golfer Arnold Palmer died Sunday at the age of 87.

Palmer was one of the most dominant and popular athletes in the 1960s, and he was named the Associated Press' "Athlete of the Decade." He ended his PGA career with seven major titles and 62 PGA tournament wins — the fifth-most of all time.

SEE MORE: What Is The Masters Tournament Without Tiger Woods And Arnold Palmer?

Perhaps more memorable than Palmer's success was his charisma. The U.S. Golf Association called him "golf's greatest ambassador." The hundreds of fans that would follow him during tournaments became known as Arnie's Army.

Palmer is survived by his wife, two daughters, six grandchildren, nine great-grandchildren and one delicious drink named in his honor.