Going Gluten-Free Could Get You A Tax Break 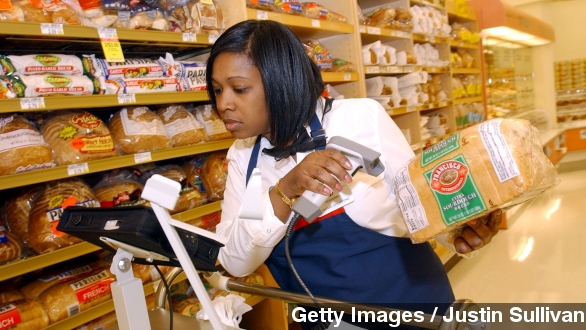 SMS
Going Gluten-Free Could Get You A Tax Break
By Katherine Biek
By Katherine Biek
March 2, 2015
If a doctor advises you to remove gluten from your diet, you could get a tax deduction on the amount you spend on gluten-free foods.
SHOW TRANSCRIPT

Can't eat gluten? Your dietary restriction might lead to a tax break.

A tax analyst told Kiplinger, "If you are on a restricted diet for a particular disease and if you have a doctor's certification that you should be on such a diet, you can treat it as a medical expense."

So there's the caveat. You actually need to have a doctor tell you to stop eating gluten if you want the tax break. You can't simply decide you want to strip it from your diet just because.

Those who have problems with gluten might have a gluten sensitivity or celiac disease, an autoimmune disorder that damages the lining in the small intestine, according to WebMD.

This tax break is in place to help cut down on some of the costs of purchasing gluten-free foods.

The New York Times reported in 2014 that Nielsen found 11 percent of American households are now purchasing gluten-free products. That's up 6 percent since 2010.

So what do you need to do to get the deduction?

First off, the Celiac Disease Foundation says, "The amount of allowable medical expenses you must exceed before you can claim a deduction is 10 percent of your adjusted gross income." That threshold is 7.5 percent of AGI if you or your spouse is over the age of 65.

If you qualify, you then need to send in a doctor's note along with the medical deductions form, which is Form 1040, Schedule A.

The National Foundation for Celiac Awareness reports that if you purchase gluten-free products online, the price of shipping can also be deducted.