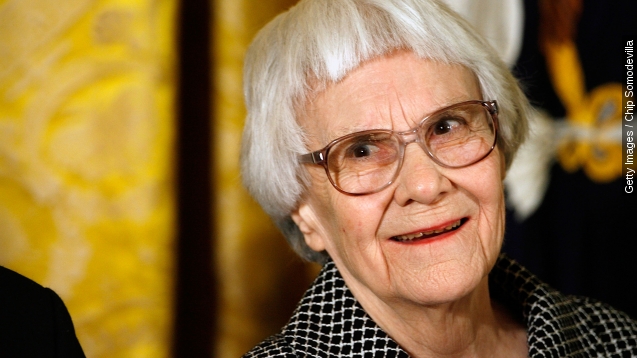 SMS
'Go Set A Watchman' Sparks Collective Freakout Among Critics
By Eugene Daniels
By Eugene Daniels
July 13, 2015
Early reviews are in for Harper Lee's 'Go Set a Watchman,' and critics are freaking out about the new, segregation-supporting Atticus Finch.
SHOW TRANSCRIPT

Harper Lee's new novel "Go Set a Watchman" will hit stores this week ... with a big twist. Atticus Finch, the moral center of Lee's first book, "To Kill a Mockingbird," and its Oscar-winning film adaptation, is now 72 years old and a bit of a racist. (Video via Universal Pictures / "To Kill a Mockingbird")

"Yes, Atticus Finch is revealed to be a segregationist," Sam Sacks of the Wall Street Journal said in an interview on PBS NewsHour.

"Go Set a Watchman" has had a long road to publication. Lee wrote the book in 1957, but her publishers were so interested in the flashback scenes of Scout's childhood they asked for a reworked story, which lead to "To Kill a Mockingbird."

Early reviews say the writer's first portrayal of Scout's father shows a totally unfamiliar character who says things like, “The Negroes down here are still in their childhood as a people.” And much worse.

The new take on one of American literature's most beloved characters has been met with a collective and pretty understandable freakout.

"It's a little perplexing. ... It's the extremity of his views about race that are really disturbing in this book," Maureen Corrigan, a book critic from NPR told Al Jazeera America. (Video via Al Jazeera America)

But many literary critics actually like the change, saying it makes the character more complex and realistic.

"Atticus in the book reflects sort of the time and reflects the culture of the time," Harper Lee biographer Mary Murphy told CNN.

A reviewer for Time suggests "Mockingbird's" idealistic portrayal of Atticus is the result of a young girl overlooking "the frailties in her father that are beyond her understanding."

Publisher HarperCollins actually addressed the controversy in a statement, saying, "The question of Atticus's racism ... should be considered in the context of the book's broader moral themes."

Despite the anger from many fans, HarperCollins ordered 2 million copies just in the U.S., meaning they're pretty sure "Watchman" will be a bona fide hit.

This video includes images from Getty Images and ActuaLitte / CC BY SA 2.0.