'Go Set A Watchman' And Other Famous Biblical Book Titles 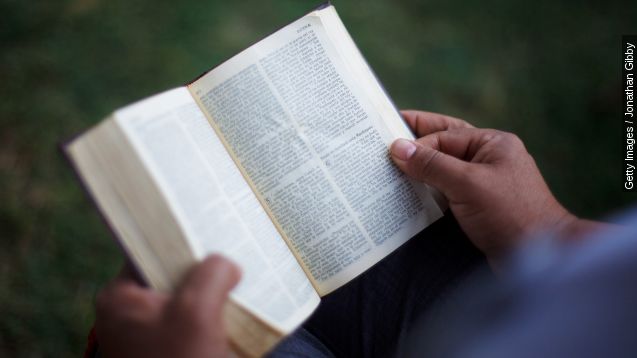 Harper Lee's "Go Set a Watchman" just came out, but the book's title has been around for much longer.

The phrase "Go Set a Watchman" is found in the Bible. It comes from the Book of Prophet Isaiah, in the King James Version.

And for anyone who knows Lee — it's not that surprising. Al.com reported, she grew up reading the Bible and loved the King James Version. (Video via PBS NewsHour)

Lee is hardly alone. Plenty of other authors have used the Bible as inspiration, too.

William Faulkner and Ernest Hemingway, both writers from the same time, did.

Same goes for John Steinbeck's "The Grapes of Wrath." Although the title  comes from "The Battle Hymn of the Republic," that specific phrase from the hymn is found in Revelation.

More recently Lois Lowry's "Number the Stars" comes from Psalm 147:4, which reads, "He determines the number of the stars and calls them each by name."

Of course, just because a book uses the Bible as its inspiration, don't confuse it for being religious.