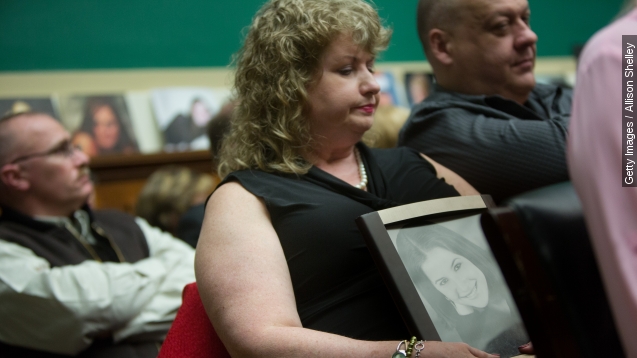 General Motors will fork over $900 million to settle with the Justice Department following an investigation surrounding faulty ignition switches.

The agreement with federal prosecutors comes after more than 100 people died and hundreds more were injured due to an ignition-switch defect in GM cars. (Video via General Motors)

The defect caused some cars to shut off and disabled power steering, power brakes and air bags. Deaths and injuries have been reported in connection with the defect for more than a decade.

A recall of the 2.6 million affected cars didn't come until more than a decade after some employees were made aware of the safety risk.

The Justice Department did not charge any individual employees at the company. (Video via General Motors)

Something one victim's mom is unhappy about. She told The New York Times, "That's giving GM and the other auto manufacturers permission to do it again. And all of the people who were killed in these crashes, including my daughter, will have lost their lives in vain."

Another victim's daughter-in-law told The Times, “If a corporation plays nice and agrees to the terms, then the government gets some nice money, and the victims are just left in the dust.”

GM's payout is less than the 2014 scandal involving Toyota. The Japanese automaker paid a penalty of about $1.2 billion for concealing information about defects in its own car models.