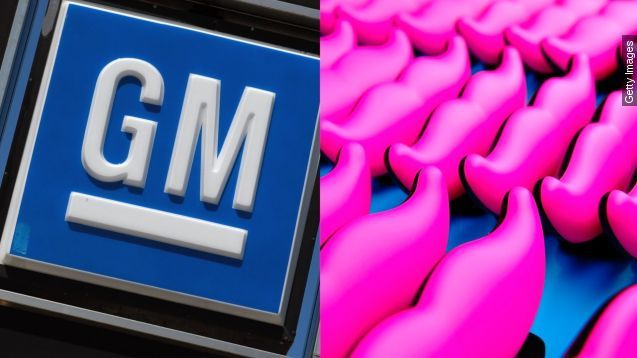 The 107-year-old legacy automaker said in a release it's investing $500 million in the pink-mustached company to create a "connected, seamless and autonomous" future for getting around.

Aside from developing on-demand, self-driving Lyft vehicles — which is more of a long-term goal — the two companies plan to "immediately" create a rental hub so Lyft drivers can snag a car for short-term use.

And, there's one more thing:

Through the partnership, Lyft drivers and customers will have access to GM's OnStar services.

The GM-Lyft pairing could help Lyft catch up with its main rival, Uber, which is valued at 14 times Lyft's new valuation and operates in hundreds of cities in nearly 70 countries.

This newly announced partnership also firmly places GM and Lyft in the autonomous car race alongside Google and Ford, Tesla and Apple.