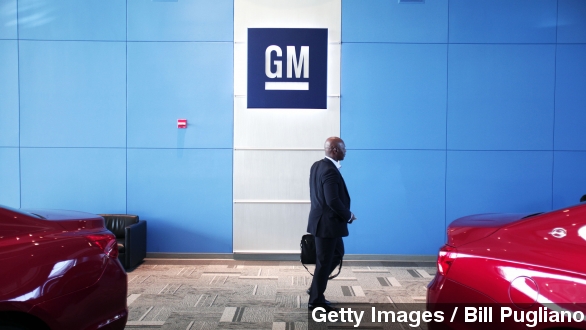 What could have been a long and divisive proxy fight between unhappy investors and General Motors has been avoided as the automaker has announced a new $5 billion stock buyback plan.

Barra said in a press release, "We will continue to invest in innovative technologies and world-class vehicles that will deliver sustained profitable growth and maximize returns to shareholders."

According to Barra, the company also plans to keep around $20 billion cash on hand while maintaining a high investment rating. (Video via General Motors)

The push for the buyback was spearheaded by activist investor Harry J. Wilson. Wilson, who led four hedge funds, had initially asked for an $8 billion buyback before settling on the lower figure. (Video via CNBC)

Speaking on the settlement, Wilson told Bloomberg in a telephone interview, "Mary's highly thoughtful approach is a sea change from the old GM, and it's why we were able to come to a win-win conclusion so quickly."

Wilson, who was part of President Obama's auto task force that initiated the 2009 GM bailout, also withdrew his hostile bid to become a member of the GM board as part of the deal. (Video via CBS)

The push for the payout was at least partly due to the company's lagging stock prices, which have remained mostly flat during Barra's tenure. (Video via CNN)

"What Wall Street analysts and brokerage houses are telling the Business Center Maria. Is that CO Mary Barra really needs to light a fire under GM's stock price. ... It's actually $3 below what it was trading at in Jan. 2014," a Fox Business analyst said.

GM's buyback is expected to start immediately and be complete by the end of 2016. The company's stock was trading at about $37.50 per share before noon on Monday. (Video via YouTube / TestDriven)

This video includes images from Getty Images and music from Skill Borrower / CC BY NonCommercial Sampling Plus 1.0.​