Global Warming Is Killing Corals In The Great Barrier Reef 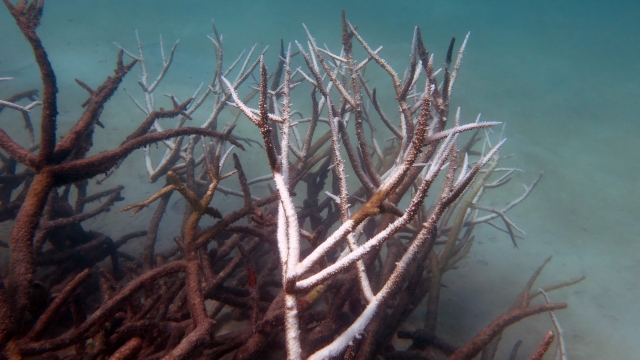 Scientists have been keeping a close eye on the corals that make up the Great Barrier Reef, and the outlook isn't good.

With the warming ocean waters, coral bleaching has been a concern for months, and now researchers say that bleaching is killing corals.

When water conditions are abnormal, corals expel tiny photosynthetic algae and the loss of that algae turns them white.

Researchers with the ARC Centre of Excellence for Coral Reef Studies found bleaching has killed 35 percent of corals on the northern and central areas of the Great Barrier Reef.

The director of the center studying the reef said, "This year is the third time in 18 years that the Great Barrier Reef has experienced mass bleaching due to global warming, and the current event is much more extreme than we’ve measured before."

Their study found corals on the southern part of the reef were better able to survive or recover from bleaching, and scientists attributed that to the closer-to-normal water temperature.