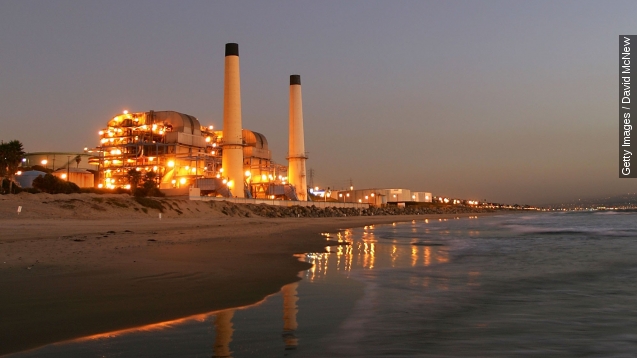 What would it take to save the oceans?

Thirty percent of atmospheric carbon dioxide is absorbed by the world’s oceans, and the authors of a new study say we need to focus on these ecosystems before it’s too late. (Video via CBS)

An international team of researchers published evidence Friday that suggests preventing permanent damage to the oceans would require “immediate and substantial” cuts to worldwide carbon emissions.

The Copenhagen Accord, which calls for drastic emissions cuts all over the world to keep global warming below two degrees celsius through 2020, was a start. (Video via NASA)

But even under that model, the researchers expect habitat loss from hotter, more acidic oceans to drag down ecosystems and tropical fisheries. (Video via NOAA)

The researchers’ models suggest if carbon emissions stay on their current trajectory, fish, coral and krill ecosystems the world over will all be at high risk of permanent damage by 2100.

In other words, it’s too late to prevent some damage because it’s already occurring.

Studies suggest if you turned off worldwide CO2 emissions tomorrow, it would take a thousand years for the global accumulation to dissipate. (Video via NASA)

Put another way, that’s how long it took oceans to recover from the climate swings of the last ice age.

And the World Bank estimates it will cost $70-100 billion per year to adapt to a two-degree-warmer climate by 2050 — remember, that’s the best case, under the Copenhagen Accord. (Video via NASA)

The good news here, according to the scientists, is more and more governments seem to be waking up to the problem.

See the UN Intergovernmental Panel on Climate Change, which has set a 2100 deadline for cutting emissions to avoid planetary damage. (Video via United Nations)

And the sooner stakeholders act to protect the oceans, the better. The scientists warn “As the ocean warms and acidifies, the range of protection, adaptation, and repair options—and our confidence in those options—dwindles, while the cost of remaining options skyrockets.”

These findings, like a lot of other recent climate research, are expected to factor into the UN’s climate conference later this year in Paris. (Video via the French Ministry of Foreign Affairs and International Development)