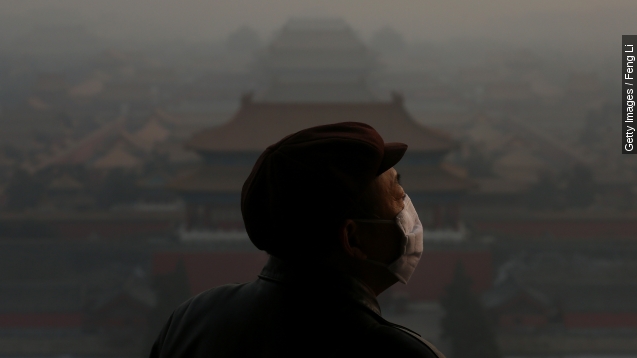 SMS
Global CO2 Emissions Dropped In 2015, Report Says
By Grant Suneson
By Grant Suneson
December 8, 2015
A new study published in Nature says global emissions growth rates slowed down considerably in 2014, and rates may have even declined this year.
SHOW TRANSCRIPT

In the midst of the COP 21 meetings on global climate change, the world is getting some good news; worldwide carbon dioxide emissions may have finally peaked and could even be dropping.

According to a study published in Nature, CO2 emissions only increased 0.6 percent in 2014, versus an average annual growth of four times that amount for the previous decade.

And, based on preliminary measurements, 2015 is actually expected to feature a very slight drop in overall CO2 emissions.

The reduction is being credited to just about the last country you’d expect: China. The country, known for its heavily polluted air, has reduced coal consumption and its overall emissions growth dropped more than five percent.

China has been known to fudge its emissions numbers, but scientists say the report is still encouraging.

The study also points out that this is one of the first times emissions have gone down in a year that wasn’t marked by fiscal insecurity.

There have been other years when fewer fossil fuels were used than the year before, but that may have had more to do with economic downturns making fuel less affordable. But the global GDP grew more than 3 percent in 2014, possibly signaling a decreased reliance on fossil fuels.

The study calls the findings a “welcome change from the historical coupling of CO2 emissions with economic growth.”