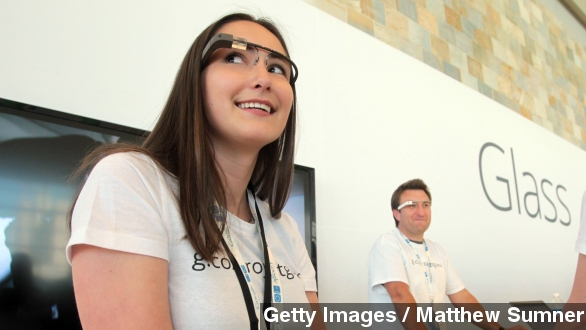 Ok, let's get this out of the way: Google Glass isn't dead.

Yes, the company's face-mounted, privacy-infringing wearable has had some teething troubles.

And yes, Google is halting sales of the product on Jan. 19 after a number of developers shelved their Glass projects. But Google isn't giving up on Glass just yet; instead, the project's getting a bit of a facelift.

The Glass development team announced in a blog post the project will be moving out of Google's development labs and spun off into its own separate initiative.

That project will be headed up by Tony Fadell, the CEO of smart home electronics company Nest. Fadell has continued to run Nest since it was bought out by Google last year for $3.2 billion.

As part of the transition, Google will shutter its Glass Explorer program, which enabled consumers to get their hands on an early Glass prototype. The company promised "future versions of Glass when they're ready. (For now, no peeking.)"

A BBC analyst thinks this move might irk some early adopters.

"I think there will be a lot of disgruntlement from those people who've paid a lot of money expecting this to evolve into a fully-fledged product," Rory Cellan-Jones said.

But a Wall Street Journal reporter points out the shuffle will give Google an opportunity to refocus after the less-than-ideal commercial rollout.

Reporter Alistair Barr said, "The original vision was you would wear it all the time and it would help you with everything. ... The new version of Glass is going to focus on specific instances where it's really useful."

The Journal's also reporting Google plans to release its next version of Glass sometime this year, but a more specific date hasn't been set yet.