Giuliana Rancic Says Her Weight Is 'A Distraction' 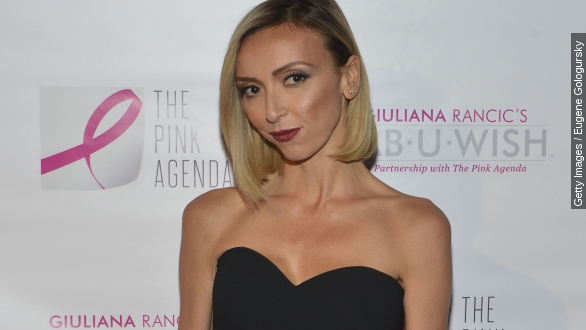 After months of speculation about Giuliana Rancic's weight, the "E! News" and "Fashion Police" host has said her appearance has become a distraction from her work. This after she posted pictures on Instagram of herself on the red carpet at the Golden Globe Awards in January.

There were some pretty hateful comments about Rancic's weight on social media, which led to accusations of an eating disorder. And it appears she has lost weight.

But after countless rumors and headlines like these, Rancic finally spoke out, claiming it's a side effect of treatment following a 2011 breast cancer diagnosis.

She did an exclusive for People's April issue where she told the mag: "It's really hurtful. ... I'm sorry that some people think I'm disgustingly skinny, as they put it, but there's nothing I can do. I'm lucky that I even have the type of cancer that reacts to the medicine."

That was the first time we've heard from Rancic since her comments about Zendaya Coleman's hair at the Oscars — which led to harsh criticism and both Kelly Osbourne and Kathy Griffin stepping away from E!'s "Fashion Police."

So where does all the controversy surrounding Rancic leave her career?

Well, we probably won't see the fashionista depart from our TV sets any time soon, as she told People, "I refuse to be broken (by what people say)." And her team seems to be behind her 100 percent.

"I posted something last week on Instagram and probably got 250 comments ... about people saying 'Eat a hamburger, you look like a skeleton.' And it hurt my feelings for her," Jason Kennedy on E! News said.

Ranicic's tell-all book, "Going off Script," will address her struggles with cancer, infertility and more. It hits stores April 7.