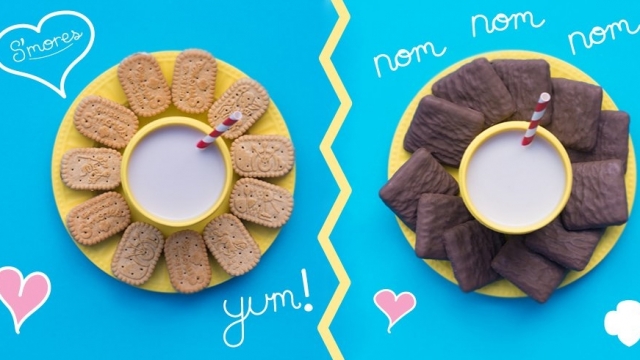 Tagalongs and Thin Mints are getting some new competition.

The Girl Scouts introduced two new cookies to their delicious 2017 lineup Wednesday. With it being National S'mores Day, it's only fitting the cookies are a twist on s'mores.

One is a graham cookie dipped in creme icing and chocolate.

The other is more like the s'mores we know — marshmallow and chocolate filling between two graham cookies.

SEE MORE: Girl Scouts Are Unleashing A New Line Of Treats — This Is Not A Drill

According to Girl Scouts of the United States of America, Girl Scout Leader magazine was one of the first to publish a recipe for s'mores in 1925.

Next year is the 100th year the Girl Scouts will be selling cookies, so the organization decided to commemorate the anniversary with the traditional campfire treat.

Girl Scouts Interim CEO Sylvia Acevedo said in a statement, "The new Girl Scout s'mores cookies capture the adventurous spirit, love of the outdoors and feeling of community that are synonymous with Girl Scouts."

The s'mores are the first new cookies to be introduced since the 2015 lineup. That's when the Rah-Rah-Raisins debuted.

The Girl Scouts have paid attention to food trends. The chocolate-covered s'mores cookie is vegan.

The new s'mores cookies also have no artificial flavors or colors, and the Girl Scouts already have gluten-free cookies.

While we're all excited for the cookies, it's important to remember why the future leaders sell them.

Plus, all profits stay with the local council and troops.