Girl's Letter To Future Self Goes Viral After Her Death 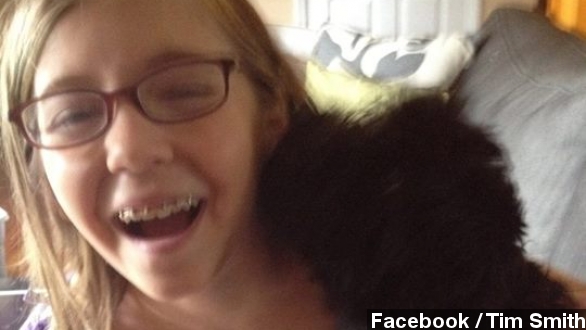 SMS
Girl's Letter To Future Self Goes Viral After Her Death
By Jasmine Bailey
By Jasmine Bailey
January 12, 2014
Months after her death, a 12-year-old girl makes a big impact when her parents share an inspirational letter she wrote to her future self.
SHOW TRANSCRIPT

Twelve-year-old Taylor Smith died suddenly of pneumonia last spring, but that was after she left behind a wise and heartfelt letter ... to her future self.

"She had told me that she had written a letter to herself and that she was excited she was going to open it when she was older. ... It was definitely a reminder of who she was and who she had become." (Via NBC)

Taylor's parents found the letter in a sealed envelope marked, "Don't open until 4-13-23," 10 years after the letter was written. (Via Facebook / Tim Smith)

Instead, the parents chose to open it and share the little girl's touching two-page time capsule with the world. (Via Facebook / Tim Smith)

As read by her father, Tim Smith, the letter starts: "Dear Taylor, How's life? Life is pretty simple right now (10 years in your past). I know I'm late for you, but as I'm writing, this is early, so; congratulations on graduating high school! If you didn't, go back and keep trying." (Via Youtube / Teleplanet)

She continued, encouraging herself to stay close to God and reminding herself of ambitions to become a lawyer someday. She finished the letter with wise words, and not just for a 12-year-old.

"Remember, it's been 10 years since I wrote this. Stuff has happened, good and bad. That's just how life works, and you have to go with it." (Via Facebook / Tim Smith)

TIM SMITH: "I'm more determined now to find out what God's will is. Right now you're even seeing a glimpse ... all the people who are being touched by what's going on. If even that changes the course of someone's life, I know Taylor would say it was worth it." (Via KJRH)

Taylor's story has made headlines across the country, and her letter has truly gone viral. (Via New York Daily News, The Huffington Post, Yahoo)

Although her parents now face life without their daughter, they say they are so grateful people have been inspired by their little girl's story.