Ginsburg: Maybe I Shouldn't Have Called Kaepernick Dumb After All 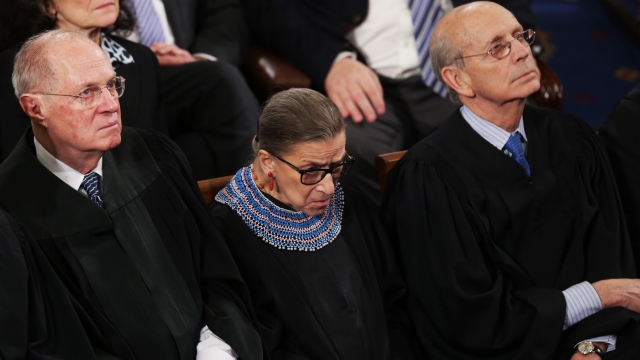 SMS
Ginsburg: Maybe I Shouldn't Have Called Kaepernick Dumb After All
By Matt Picht
By Matt Picht
October 14, 2016
The Supreme Court justice says she didn't know the context of the NFL protests when she called them "dumb and disrespectful."
SHOW TRANSCRIPT

Ruth Bader Ginsburg is one of the most respected liberal judicial voices in the country. But as a political pundit, she's 0 for 2.

The venerable Supreme Court justice is walking back some harsh comments she's made about the recent national anthem protest in the NFL.

SEE MORE: What Exactly Are The Free Speech Rights Of NFL Players?

Ginsburg told Yahoo's Katie Couric, "Would I arrest them for doing it? No. I think it's dumb and disrespectful."

Ginsburg now says she wasn't aware of the protest's context and shouldn't have commented.

Ginsburg also had to retreat from controversial comments a few months ago, after she gave a series of interviews slamming Donald Trump as a "faker."