Ghostly Figure Seen In Picture Is Giving People The Chills 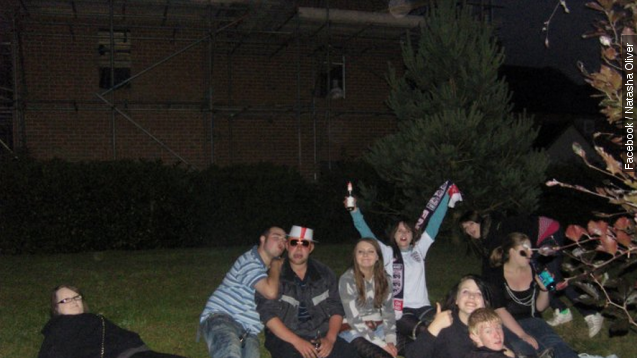 SMS
Ghostly Figure Seen In Picture Is Giving People The Chills
By Becca Dunn
By Becca Dunn
July 29, 2015
A picture of a ghostly figure seen in a window is giving people in Wem, England, the chills. Other weird sightings have been reported in the town.
SHOW TRANSCRIPT

A picture taken in the U.K. is giving some people the chills. A group of friends were having a good time in Wem, England — but they didn't notice an odd object in the window.

Until Natasha Oliver, one of the women in the photo, posted the picture to her Facebook page. Her friends quickly noticed the "scary" figure.

Daily Mirror published the story Tuesday, with the headline "ghost woman and a baby." Oliver told the outlet: "Someone realized there was a weird figure in one of the photos and we thought it was kind of freaky. The boys decided to go and climb the scaffolding of the building but there was nothing there."

This isn't the first alleged ghost sighting in the town of Wem. In 1995, a man photographing the fire that demolished the town hall claimed to have taken a picture of a ghost. But the picture was later called a fraud after someone noticed the girl in the photo looked exactly like another girl in a postcard.

However, we don't know much about this alleged ghost. Still, Oliver told the Daily Mirror "it was an empty building that was not finished so no one was living there." Looks like the mystery remains.