'Ghostbusters' To Get All-Male Reboot After All-Female Film 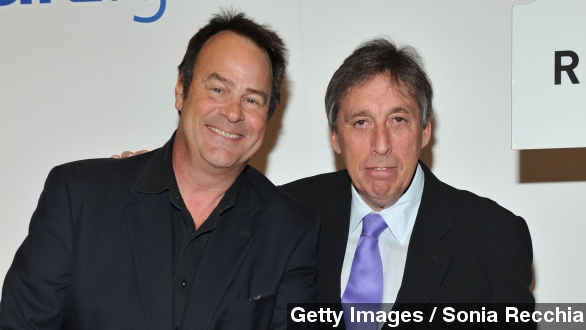 Deadline broke the news, reporting Sony has put together Ghostcorps, a new production company run by original "Ghostbusters" alums Dan Aykroyd and Ivan Reitman. Their jobs will essentially be drumming up ways to expand the Ghostbusters universe.

"Captain America: Winter Soldier" directors Joe and Anthony Russo are rumored to direct, and Channing Tatum is currently the only actor attached to star in the film. (Video via Marvel Entertainment)

So this means Sony has not one but two Ghostbusters reboots currently in the works.

The Feig movie, starring Kristin Wiig, Melissa McCarthy, Leslie Jones and Kate McKinnon, seemed to be taking a fresh look at the franchise.

It's obviously too early to know what the other movie will look like but considering it's being described as a "male-driven action-centric comedy," it sounds like we can expect it to follow the same lines as the classic movie.

But at least it isn't getting the "gritty reimagining" treatment like other Hollywood reboots.

Feig's version will be the first to make it to theaters. It starts filming this summer and is scheduled to hit the big screen in July 2016.