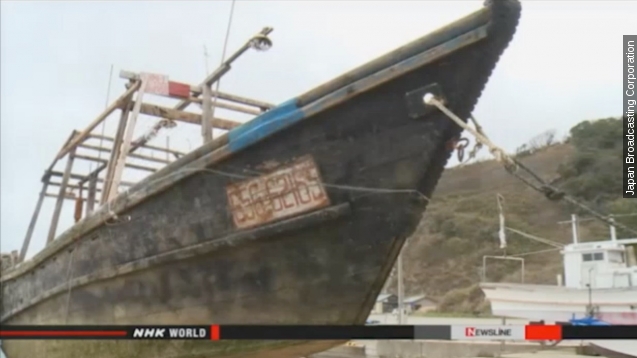 There have been plenty of unsolved mysteries from the sea over the years.

But, the newest one Japanese authorities are trying to solve is why wooden "ghost ships" keep washing ashore. All the passengers of these so-called ghost ships are dead, and the Japanese coast guard says all of the bodies are "partially skeletonized."

Japan Broadcasting Corporation reports there have been 11 of these vessels found carrying about 25 bodies in all within the past two months. The flag on one of the boats translates to "Korean People's Army."

There's been speculation that the ships are North Korean fishing boats that went off course, and one CNN analyst said it could be people who were trying to flee the North Korean regime.

While North Korea has not confirmed if the ships are its own, there has been a recent push by leader Kim Jong-un to increase the fishing industry.