Get Ready For A Whole Lot Of TV Drama Next Season 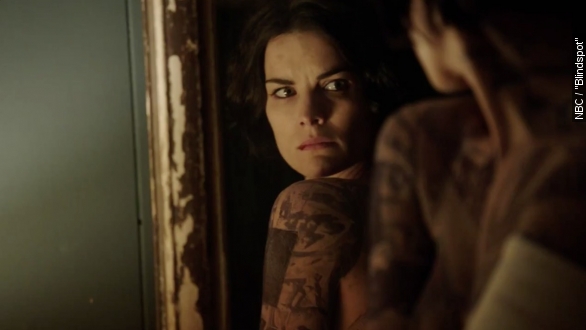 SMS
Get Ready For A Whole Lot Of TV Drama Next Season
By Katherine Biek
By Katherine Biek
May 11, 2015
The majority of new television shows picked up by the four big networks for next season are dramas.
SHOW TRANSCRIPT

You're not going to be laughing a whole lot when it comes to new fall TV shows. That's because the majority of new shows picked up by the networks are dramas.

Let's start with NBC. Besides its returning comedy "Undateable," the only other laugh-out-loud show hitting television screens this fall is the sitcom "People Are Talking," which is about two sets of couples.

And that's it. Everything else picked up by the peacock is a drama, including its "Heroes" reboot titled "Heroes Reborn" and the crime thriller "Blindspot," which stars "Thor" actress Jaimie Alexander.

CBS' new pickups for the fall include a spinoff of its long-running procedural "Criminal Minds" and small-screen adaptions of "Rush Hour" and "Limitless."

It's also officially getting into the comic book game with its pickup of "Supergirl" starring Melissa Benoist. It's produced by Greg Berlanti, who's also behind superhero shows "Arrow" and "The Flash" on The CW.

Fox is also donning its superhero cape with the pickup of "Lucifer," which is based on DC's Vertigo comic series.

And its list of sci-fi dramas is expanding by not only renewing "Sleepy Hollow" and "Gotham" but also adding a TV sequel to the Tom Cruise movie "Minority Report" and a Frankenstein-based show.

ABC managed to pick up six new dramas for next season, including a biblical saga and a fourth show by ABC's favorite creator Shonda Rhimes.

Still, ABC did pick up four new comedies, the most of any of the four big networks.

A writer for Variety isn't certain how well the new comedies will do in the fall, pointing out ABC "has the high-class problem of having strong returning series for its Wednesday block."

The entirety of ABC's Wednesday night comedy lineup was renewed, which includes "Modern Family," "Black-ish," "The Goldbergs" and "The Middle."

Despite all the drama pickups, comedy does really well in the ratings.

In the adults aged 18-49 ratings, CBS' "The Big Bang Theory" came out on top at the beginning of May, with three comedies from ABC rounding out the top 10.

But when it comes to total viewership, dramas win out.

For that same week, "NCIS" took the top slot with almost 18 million viewers. Procedural dramas like "Blue Bloods," "NCIS: New Orleans" and "Law and Order: SVU" made it so "Big Bang" was the only comedy to crack the top 10.