Get In, Losers: 'Mean Girls' Is Getting A Musical Reboot 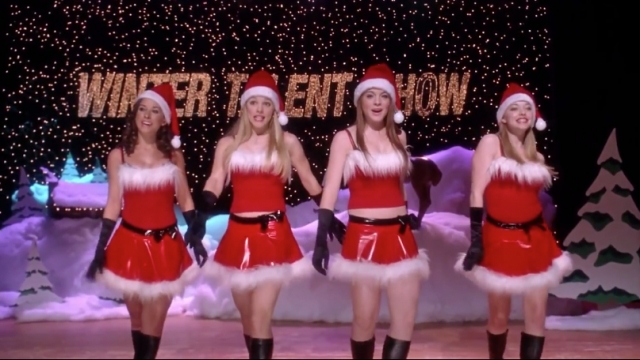 SMS
Get In, Losers: 'Mean Girls' Is Getting A Musical Reboot
By Cody LaGrow
By Cody LaGrow
March 3, 2016
Tina Fey confirmed she's working on a musical inspired by the 2004 cult comedy.
SHOW TRANSCRIPT

The fetch-est thing is happening at North Shore High School: A "Mean Girls" musical is in the works.

Ms. Norbury herself confirmed the rumors at a New York Times event where Tina Fey admitted her husband and composer Jeff Richmond and lyricist Nell Benjamin have been working on a little Broadway "burn book" of their own.

Plenty of secrets still surround the production, like who will be in it and when it will debut.

But if we had to take a stab at a few songs Tina Fey and company could write, here are our best guesses:

Our money is on "Kalteen by the Ocean," "Mama Said Black You Out" and "I Saw Daddy Kissing Underage Students."

This video includes clips from Paramount Pictures and images from Getty Images.