Germany Will Continue To Accept Refugees Despite Recent Attacks 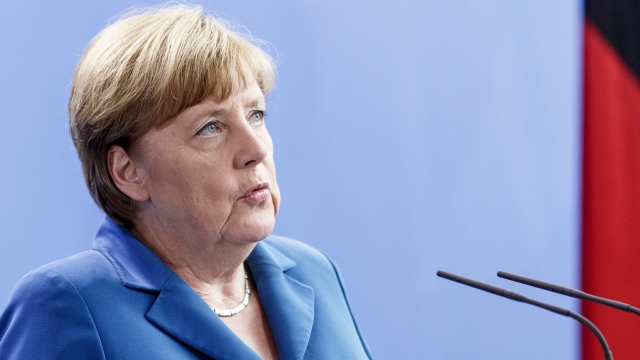 SMS
Germany Will Continue To Accept Refugees Despite Recent Attacks
By Lindsey Pulse
By Lindsey Pulse
July 28, 2016
Germany has experienced four attacks since mid-July. The attacks have brought the nation's refugee policy into question.
SHOW TRANSCRIPT

Merkel's comments came at a press conference in the German capital in which she said Germany will continue to accept refugees fleeing their home countries.

The Guardian quotes Merkel, saying the attackers "wanted to undermine our sense of community, our openness and our willingness to help people in need. We firmly reject this."

Since mid-July, Germany has suffered a mass shooting that left nine dead, an ax attack on a train in which four people were injured, a machete attack that left one woman dead and a suicide bombing that injured at least a dozen people.

SEE MORE: Munich Shooter Was Under Psychiatric Care. So How Did He Get A Gun?

Three of the four attacks were carried out by asylum seekers.

More than 1 million asylum seekers entered Germany in 2015, and the country received more than 470,000 asylum applications.