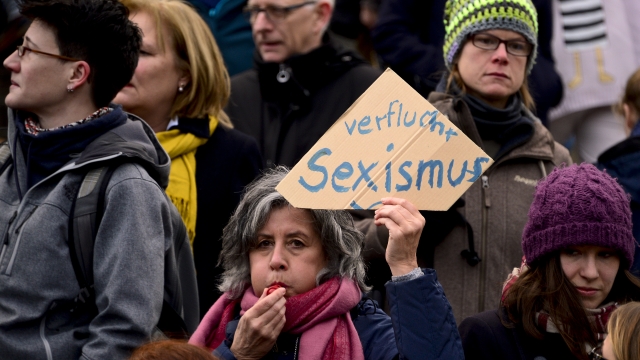 "Germany has an unbelievably old fashioned and backward law on sexual offenses," "No Means No" campaign activist Kristina Lunz said.

In Germany, victims had to prove they physically resisted in order to take their perpetrator to court.

As a result, Germany's justice ministry says only 8 percent of rape trials in the country end with the attacker being convicted.

Then, more than 80 sexual assaults and attacks were reported from this year's New Year's Eve celebration — prompting Germany to propose new legislation. The new law was unanimously passed by Germany's Parliament on Thursday.

Now, saying "no" is a defense against rape in Germany. Victims no longer have to prove they physically resisted.

The law also makes it easier to deport foreigners who commit sexual assault.

"We wonder if we should be walking here after what happened," a Cologne, Germany, resident said.

Germany's minister for women Manuela Schwesig said, "The change in the law will help increase the number of victims who choose to press charges, reduce the number of criminal prosecutions that have to be shelved and ensure sexual assaults are properly punished."

Activists say stricter rape laws in the country have been slow moving — especially compared to other Western countries. For example, martial rape only became illegal in 1997.

The ministry also estimated 1 in 10 rapes in the country are reported.