Germany's Board Quota May Not Be Best Approach 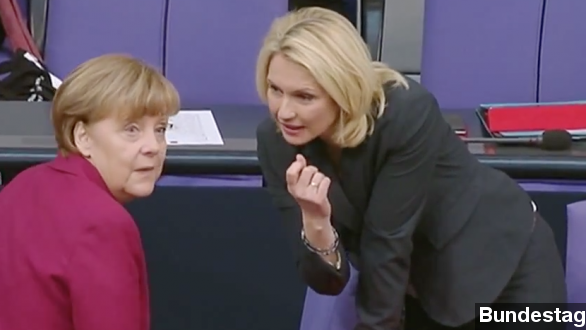 SMS
Germany's Board Quota May Not Be Best Approach
By Kate Grumke
By Kate Grumke
March 6, 2015
Germany approved a quota for executive boards of companies, but there's some evidence it's not the best way to address gender equality in business.
SHOW TRANSCRIPT

On Friday Germany's Parliament took a step to try to address gender equality in business. The country approved a new quota to try to get more women on the executive boards of companies.

One hundred of Germany's largest companies will now be required to have 30% of their boards made up of women starting in 2016.

Germany has some of the best gender equality in political representation, but the number of women sitting on company boards is still low, and is about the same as the U.S.

A recent study from the organization Catalyst found that in the U.S., women make up 19.2 percent of board members at Stock Index companies. In Germany, that number is 18.5%.

Norway came the closest to having an equal amount of men and women members on its boards, at 35.5%. It was also the first country to implement a quota, back in 2003.

But many argue that a quota isn't the best way to address the problem of gender equality in business.

A study from the University of Chicago last year found that in Norway, the quota didn't really do much. The study found no change in the wage gap, female representation in top positions, family policies or the number of women pursuing careers in business.

And an op-ed in Deutsche Welle argued that supervisory boards shouldn't be the focus of Germany's equality legislation, writing, "Women have to be represented ... where strategies are developed and the important decisions on investment and personnel are made."

In the U.S., business regulations like quotas don't exactly go over well. Instead, investing in companies with diverse boards might move the dial.

The Washington Post reports, "Several CEOs and board diversity experts say what could actually boost the numbers here is pressure from investors."

This video includes an image from georgemoga / CC BY NC 2.0.