Germany Could Be The Next Country To Ban Full-Face Veils 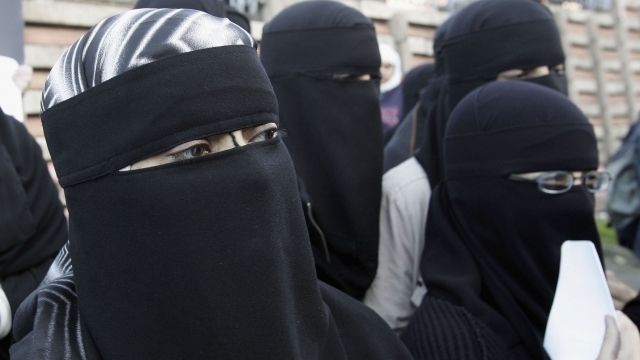 SMS
Germany Could Be The Next Country To Ban Full-Face Veils
By Briana Koeneman
By Briana Koeneman
August 19, 2016
Security officials want to ban burqas and other full-face veils in public places where identification is required.
SHOW TRANSCRIPT

Germany could be the next country to ban women from wearing burqas and other full-face veils.

The country's interior minister said Friday that security officials from Chancellor Angela Merkel's conservative bloc want to ban the veils in public places where identification is required — like schools, public offices and while driving.

The BBC quotes the interior minister as saying: "It doesn't fit in with our open society. Showing the face is a constituent element for our communication, the way we live, our social cohesion."

SEE MORE: A Woman Defied Swiss City's Burqa Ban, And It Was Not Tolerated

Germany also prohibits any kind of face covering meant to hide a person's identity during protests and demonstrations.

This new proposal requires approval from parliament before it can become law.

But if it does, Germany will join several other European countries that have banned full-face veils in public places.

Despite heavy criticism from religious freedom advocates, countries including France and Belgium have imposed similar restrictions on veils.

Germany's proposed ban comes just days after the French city of Cannes barred full-body swimwear on its public beaches, blaming the string of recent terror attacks in France and other countries.