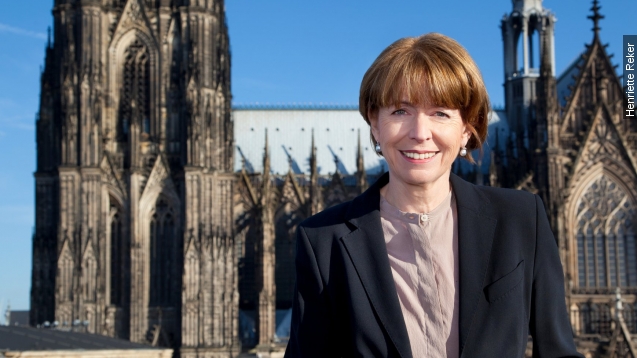 A German mayoral candidate, whose platform favors aid for refugees, won her election after being stabbed in the neck by a suspect who reportedly has "anti-foreigner motives."

Henriette Reker and four others were wounded in a knife attack on Saturday. Reker was listed in stable condition, though the attack left another person seriously wounded. (Video via Westdeutscher Rundfunk)

Reker will become the first female mayor of Cologne, Germany's the fourth largest city, after she took home more than 52 percent of the vote. She's been in charge of Cologne's social affairs and integration department for five years. (Video via YouTube / Henriette Reker)

German Chancellor Angela Merkel endorsed Reker in the past, and a spokesman said Merkel "expressed her shock and condemned this act."

Outlets report the suspect is a 44-year-old unemployed man who at one time had ties to neo-Nazi groups. He'll undergo a psychiatric evaluation. (Video via Der Spiegel)

This video includes an image from Getty Images, Henriette Reker, and dronepicr / CC by 2.0.