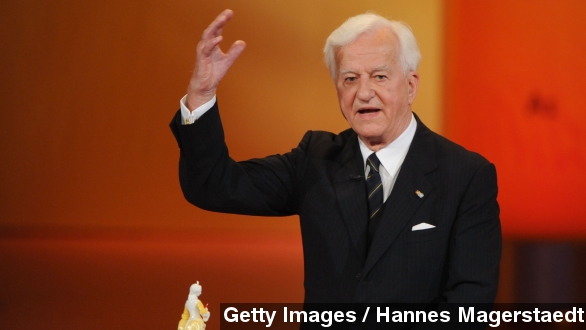 "The eighth of May was a day of liberation. It liberated all of us from the inhumanity and tyranny of the National-Socialist regime," Weizsaecker said.

Of all his speeches, this one on May 8, 1985 stands out. Marking 40 years since Germany's defeat in the second World War, Weizsaecker broke from tradition by labeling the event not a loss, but a liberation from Nazi oppression.

As the son of a diplomat, Weizsaecker studied at Oxford in England and later served on the Eastern Front as a Nazi infantry officer from 1939 to 1945.

In Germany's parliament in the 1970s, Weizsaecker broke with his Christian Democrat party to pass a series of treaties normalizing West Germany's relations with eastern-bloc countries.

During his decade as president, from 1984 to 1994, Weizsaecker pushed the idea that Germans must not "close their eyes to the past, because this would make them blind to the present.”