Gerbils, Not Rats, Might Be To Blame For The Black Death 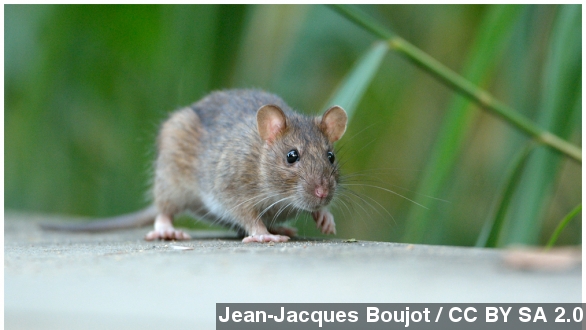 SMS
Gerbils, Not Rats, Might Be To Blame For The Black Death
By Christine Slusser
By Christine Slusser
February 24, 2015
The "black death" that killed tens of millions of people has been blamed on rats for years, but now researchers say they may have gotten a bad rap.
SHOW TRANSCRIPT

When we hear about the "black death," a couple things come to mind: the death of tens of millions of people, and ...

Rats. Our history teachers taught us that the epidemic from 1347-1353 was likely spread by rats carrying fleas infected with bacteria.

But rats may have been getting a bad rap the last 650 years or so. The real culprit behind spreading the death?

Gerbils. Actually to be more specific, a species of squirrel-sized gerbil from Asia called the great gerbil. OK, then ...

Researchers in Norway involved in the study, published in the Proceedings of the National Academy of Sciences, studied tree-ring records from Europe and Asia to determine what the weather was like at the time of the outbreaks.

The study found the climate was warmer and wetter in Asia during outbreaks, which meant more plague among the great gerbil population there. But more research needs to be done before we start pointing fingers at Mr. & Mrs. Gerbil.

"Now, the team is planning to analyze the DNA of plague bacteria from ancient skeletons across Europe to see if their theory is correct. If it is, it could cast this fluffy little pet in a whole new light," the BBC anchor reported.

Or maybe not. It seems the rats still aren't gonna catch a break. Gizmodo broke the news to its viewers by saying the plague was spread by "cute gerbils" and not "dirty rats."

The study says rats were probably responsible for maintaining the plague on ships, which would have spread it to ports across Europe. We're thinking we're going to just get a pet cat or dog instead.