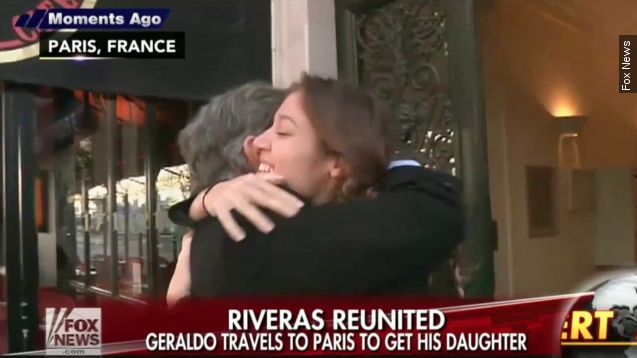 Fox News host Geraldo Rivera was emotional when he was reunited with his daughter, who's studying abroad in Paris.

"Oh my God, Steve. ... It was an amazing relief just to squeeze her, just to know that she was safe," he said on Fox News.

Geraldo knew his daughter, Simone, was OK before the hug, but he said there was nothing like seeing her to really reassure himself.

Simone was in the soccer stadium that a suicide bomber tried to enter before detonating outside. Geraldo told Fox a good Samaritan picked up his daughter after she was stranded at the stadium. (Video via Sky News)