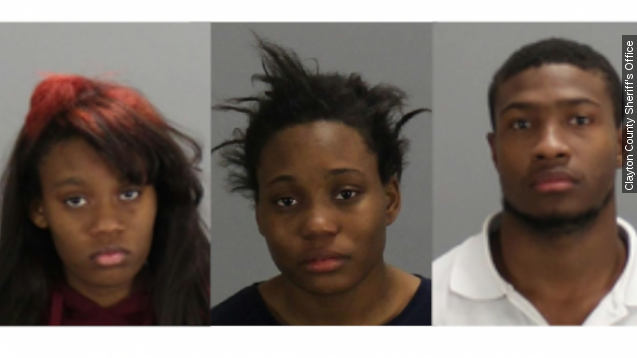 Officials in Clayton County, Georgia, say three adults and one juvenile are facing charges for human trafficking, sexual exploitation of a minor, keeping a place of prostitution and deprivation of a minor.

Officials say the suspects forced an underage girl to perform sex acts for money. They allegedly kept the money for themselves while forcing the girl to stay with them and feeding her very little.

This video includes images from the Clayton County Sheriff's Office.