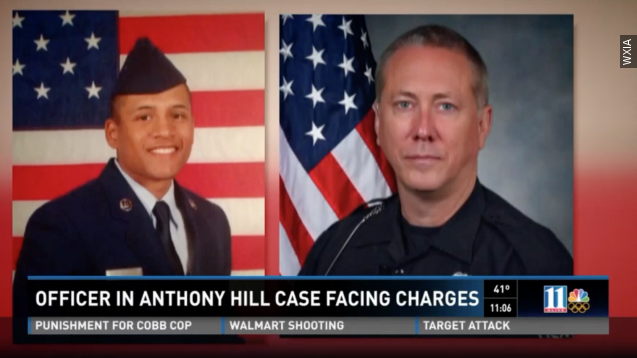 A Georgia prosecutor announced plans Thursday to seek an indictment against a police officer who's accused of shooting an unarmed and possibly mentally ill man in March of 2015.

Dekalb County officer Robert Olsen is accused of fatally shooting Air Force veteran Anthony Hill, who, according to his family, suffered from mental health issues. Hill was reportedly naked and acting erratically at his apartment complex before he was shot and killed. (Video via WXIA, WSB-TV)

Prosecutors first brought the Hill shooting before a civil grand jury in October. That grand jury suggested the prosecution investigate further because of inconsistencies with the evidence.

At the press conference Thursday, the Dekalb County district attorney declined to say specifically what evidence was found in the follow-up investigation. (Video via WGCL)

Now, Olsen will appear before a criminal grand jury. If he is charged, he'll be the first Georgia officer prosecuted in a shooting in more than five years.