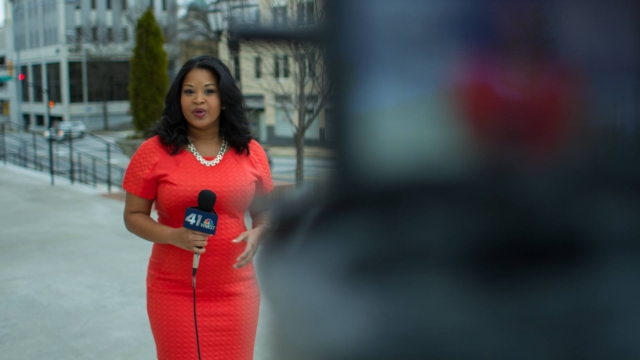 SMS
Georgia News Anchor Dies In Hiking Accident A Day Before Her Birthday
By Ryan Biek
By Ryan Biek
July 25, 2016
A current swept Taylor Terrell over a waterfall.
SHOW TRANSCRIPT

A Georgia news anchor died in a hiking accident Thursday, just a day before her 25th birthday.

WMGT's Taylor Terrell was in North Carolina wading through a stream with a friend. She lost her footing and was pulled by the current over a waterfall. WLOS reports it was the fifth incident in Transylvania County involving a waterfall in the last three months.

"She's one of a kind. I think she's the gold standard for how a person should really live," Terrell's brother told WSB-TV.

SEE MORE: Accidental Deaths Reach A Record High In The US

Terrell's family informed her news station of the accident. She'd been working at WMGT for years, where she'd risen through the ranks.

She started at the station as an intern before becoming a general assignment reporter, weekend anchor, and then morning anchor.

This video includes clips from WSB-TV, WMGT and WLOS and images from Facebook / Taylor Terrell.