Georgia Elector Resigns After Publicly Refusing To Vote For Trump 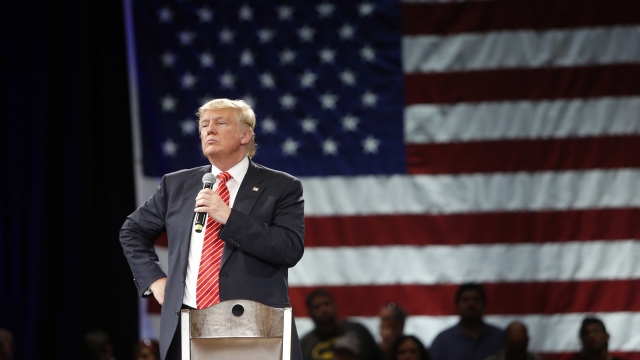 Remember all the drama surrounding pledged and unpledged delegates during the primaries? Apparently, it's continuing into the general election.

In the general election, the popular vote is represented by electors instead of delegates. There are 538 electors in the Electoral College, and a presidential candidate needs 270 electoral votes to win.

Baoky Vu, a former elector for the state of Georgia, told the Atlanta Journal-Constitution that regardless of the way his state votes in November, he can't bring himself to vote for Donald Trump.

A majority of states require their electors to cast their vote for the popular vote winner. Georgia isn't one of them.

In the last 10 presidential elections, Georgia has voted Republican a majority of the time. The exceptions being votes in 1976 and 1980 going to President Jimmy Carter and voting for President Bill Clinton in 1992.

Vu and his wife, an alternate delegate for Sen. Marco Rubio, attended the Republican National Convention in Cleveland. He told the AJC he was never fully supportive of Trump for president, and the candidates feud with the Khan family was the final straw.

In a statement, Vu said, "Donald Trump's antics and asinine behavior has cemented my belief that he lacks the judgment, temperament and gravitas to lead this Nation."

Within hours of Vu's intentions grabbing headlines, he resigned as an elector. So it seems the boost for the "Never Trump" movement was short-lived.

This video includes an image from the Technical College System of Georgia. Music provided courtesy of APM Music.