Georges De Paris, Who Dressed US Presidents, Dies At 81 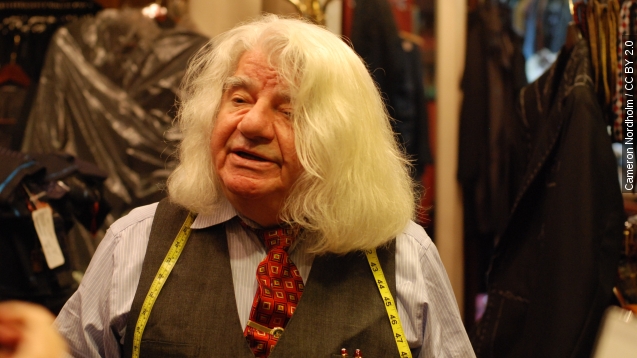 Georges de Paris was not your average tailor. And that's because some of his clientele were of the presidential variety.

The man who dressed U.S. presidents — from Lyndon Johnson to Barack Obama — died Sunday at 81. (Video via RT)

He was diagnosed with a brain tumor roughly two years ago, but that didn't stop him from working most of this year. (Video via Atena 3 Television)

He once told The Washington Post: "I started because I wanted to wear nice clothes. That's all it was. ... Then I left my family for coming to America. I was homeless for nine months."

He might've been homeless in the U.S. in the 1950s, but by the end of his career, he was well known the world over — and so were his suits.

This video includes images by Cameron Nordholm / CC BY 2.0.