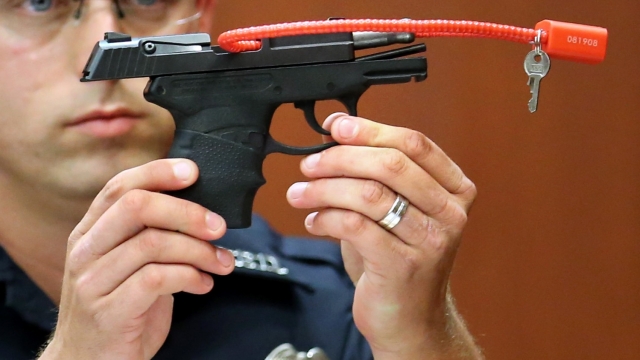 The gun George Zimmerman used to shoot Trayvon Martin went up for auction online, but then the site took it down. And now another site has offered to list it.

Zimmerman claims he was defending himself when he shot and killed unarmed 17-year-old Martin. The 2012 shooting sparked nationwide debates and protests.

In a statement, GunBroker.com said, "We want no part in the listing on our web site or in any of the publicity it is receiving."

Zimmerman, who was acquitted of murder charges in 2013, told WOFL he recently got the gun back from the U.S. Justice Department.

"It's time to move past the firearm, and if I sell it and it sells, then I move past it," said Zimmerman.

Zimmerman said the proceeds from the auction would be used to "fight [Black Lives Matter] violence against Law Enforcement officers" and "Hillary Clinton's anti-firearm rhetoric."

The bidding on GunBroker.com was supposed to start at $5,000 Thursday morning. The United Gun Group announced on Facebook Thursday afternoon that it would allow Zimmerman to auction off the weapon. But as of early Thursday evening, the group's website wasn't responding.

This video includes clips from WOFL and Fox News, and images from Getty Images.