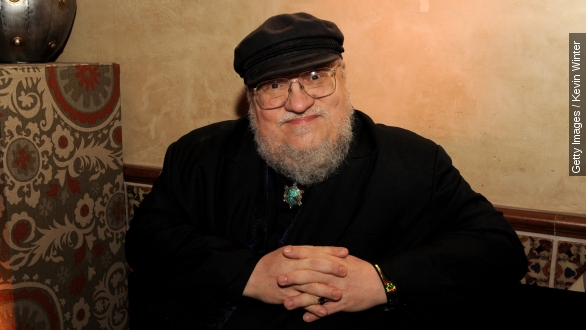 It's been a long wait for George R.R. Martin's next book, "The Winds of Winter" — nearly five years so far — but fans got a little relief Thursday when Martin published a chapter of the book on his website.

The new chapter centers around Sansa Stark, a character that hasn't appeared in the books since 2005.

So, of course, Twitter was filled with people freaking out about the news.

Martin has caught a lot of criticism over the years for his notoriously slow writing pace. He began his "A Song of Ice and Fire" series in 1996 and still has two more books to go before it's finished.

So it should come as no surprise that the "Game of Thrones" TV show will soon overtake the books and reveal the series conclusion before Martin finishes his writing. That could be why Martin is releasing this chapter now — a little over a week before the season five premiere.

This season is expected to deviate heavily from its source material, and Martin probably wants to get his take on the character out as soon as possible.

Lately, Martin seems to be taking the pressure to finish his book pretty seriously. He has canceled several appearances throughout the rest of the year, including the "Game of Thrones" panel at San Diego Comic-Con.

He also revealed earlier this week that he will not be writing an episode for season six of the show so he can keep his attention on the books. He has written an episode in four seasons so far.

Martin has said not to expect "The Winds Of Winter" this year, so fans will just have to cross their fingers for a 2016 release.

This video includes images from Getty Images and mafleen / CC By NC SA 2.0.