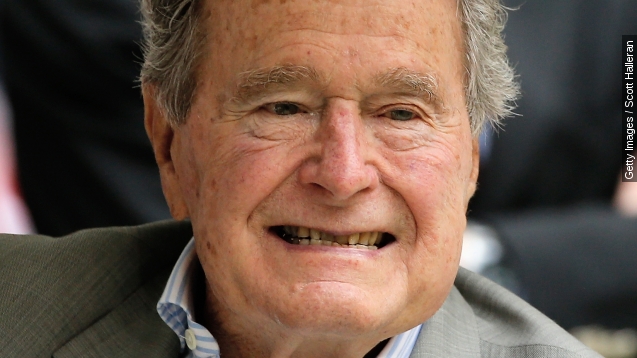 Former President George H.W. Bush is in the hospital after fracturing a bone in his neck.

Ninety-one-year-old Bush reportedly fell at his home in Kennebunkport, Maine. He is in stable condition, but his spokesperson confirmed the 41st president will have to wear a neck brace.

CNN quotes Bush's spokesperson who told the outlet, they're "not expecting a long stay" because the broken vertebrae isn't life threatening, though he will have to stay overnight.

Bush, who has vascular Parkinsonism, uses a wheelchair. The disease makes it difficult to walk and keep balance.