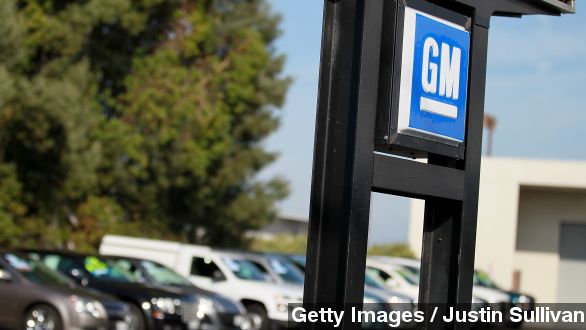 General Motors on Monday admitted that a faulty part installed in 29 million of its cars has caused at least 19 passenger deaths, up from the 13 they had previously acknowledged.

The admission is the latest blow in a recall scandal that hinges on a broken ignition switch, which can — without warning — cut the engine, disable the air bags and basically make the car very, very dangerous.

GM has been unusually forthcoming about its mistake since it was revealed in February. GM CEO Mary Barra, who took over after the switches were installed, had this to say:

"That begins with my sincere apologies to everyone who has been affected by this recall, especially the families and friends who lost their lives or are injured."

Despite its contrition, the automaker has been heavily criticized after investigators revealed GM engineers found the error a decade ago — and then proceeded to do nothing for its cars on the road.

"An inquiry was opened, but after consideration of the lead time required, cost, effectiveness of the solutions … it is closed with no action."

And then, after instituting the largest recall in U.S. automotive history, seemed to undercount the number of casualties caused by its cars.

Natasha Weigel was 18 and in the back seat of a Chevy Cobalt when the ignition switch failed in 2006, leading to a car accident that she died in.

But GM initially did not take responsibility for her death, reasoning that since the back seats didn't have air bags, her death wasn't tied to the ignition-switch failure.

MONEY: "Based on one specific definition, as you described, we've counted 13 people."

"Her death is not being counted. It means like it doesn't matter."

On Monday, GM appeared to switch gears, announcing it had added six names to its list of people killed, with Natasha's stepfather "fairly confident" his daughter's name was among them.

But the scrutiny isn't over: An attorney for 11 of the 19 families compensated so far told The Wall Street Journal, "When all is said and done, the number of deaths attributed to the switch ... will be in the hundreds."

The company has fought hard and sometimes unsuccessfully to restore faith in its cars. A government investigation revealed a GM memo specifically asking employees not to call their own products "grenadelike," "death traps" or "rolling coffins."

If all of these payouts and investigations sound expensive, it's because they are: GM reported the scandal has cost it $1.7 billion in the first half of 2014, and that'll be on top of an as-yet-undetermined fine by the U.S. Justice Department.

It's a lot of money, but GM is also one of the largest companies in the world. In 2013 it took in $155 billion dollars in revenue, and Barra told investors in June its overall business plan was still on track.