General Electric To Sell Nearly All Its Financial Divisions 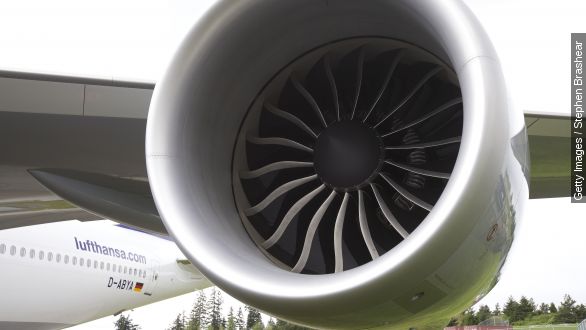 SMS
General Electric To Sell Nearly All Its Financial Divisions
By Evan Thomas
By Evan Thomas
April 10, 2015
GE is planning to sell off all of its financial divisions except those needed to keep its core businesses running.
SHOW TRANSCRIPT

General Electric is planning to spin off almost all of its finance division GE Capital, as part of ongoing efforts to streamline the company.

GE says an estimated $90 billion will return to shareholders as sale proceeds through 2018. A $50 billion share buyback is expected by 2016.

The first stage is underway, with the sale of real estate assets. GE turned $26.5 billion in commercial properties over to Wells Fargo and investment firm Blackstone Group.

In total, GE’s financial arm is valued at almost $500 billion, making it the seventh-largest holding company in the U.S.

“We felt like we were disadvantaged versus banks. At the end of the day, the way investors view financial services versus industrial assets is just starkly different,” Immelt said. (Video via CNBC)

In the company's 2014 annual report, Immelt wrote: “GE is an industrial company first and foremost. GE Capital must enhance our industrial competitiveness, not detract from it.”

To that end, GE plans to refocus its business on aviation, energy manufacturing, and healthcare. All that will remain of its capital group is departments that oversee financing for those specific divisions. (Video via General Electric)

The restructuring will trigger a $16 billion charge against Q1 results for 2015.