Gel Injection Could Be Vasectomy Alternative 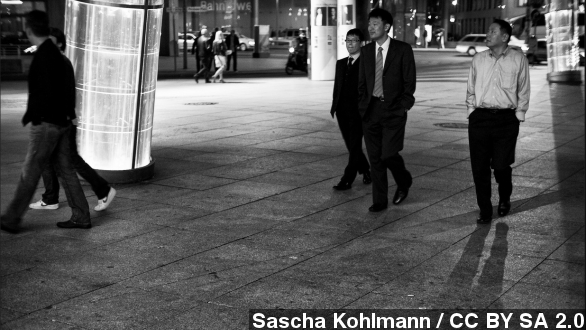 By Katherine Biek
September 10, 2014
Researchers are working on a new form of birth control for men. It's a gel that's injected into the vas deferens.
SHOW TRANSCRIPT

A new option for birth control, and this one's for guys. If a vasectomy is too big of a commitment, how about a little gel?

It's called Vasalgel. The company behind it says the gel would be injected into a man's genitals and calls the process "similar to a no-scalpel vasectomy." The hope is the gel will be "more reversible" than a vasectomy — the substance would get "flushed out" with another injection.

A writer for Techcitement went into more detail about how the gel works. It clings along the sides of the vas deferens and tears apart the man's sperm when it flows through. The gel would last for at least 10 years before the procedure has to be repeated.

Currently the birth control is still in the research phases and is being tested on a set of male baboons.

Earlier this month, the company behind Vasalgel said the baboons had each been placed in a pen with at least 10 female baboons, none of whom have gotten pregnant yet.

So, is gel the future for male birth control? Well, if you live in India, you might already have access to this type of contraceptive.

The Male Contraception Information Project has info on a gel called RISUG, an acronym for Reversible Inhibition of Sperm Under Guidance. It helped inspire Vasalgel.

Vice says the World Health Organization still hasn't approved RISUG, but it is "available to Indian men who live within range of the testing facilities and agree to the testing."

If all goes to plan, the pill would stop the muscles in the genitals from releasing sperm.

This seems like a promising idea, since the female form of the pill is incredibly popular. The Guttmacher Institute says more than one-fourth of women between the ages of 15 and 44 take a contraceptive pill.

The company behind Vasalgel hopes to make it on the market by 2017.