Gay Priest Loses Duties At The Vatican After Coming Out 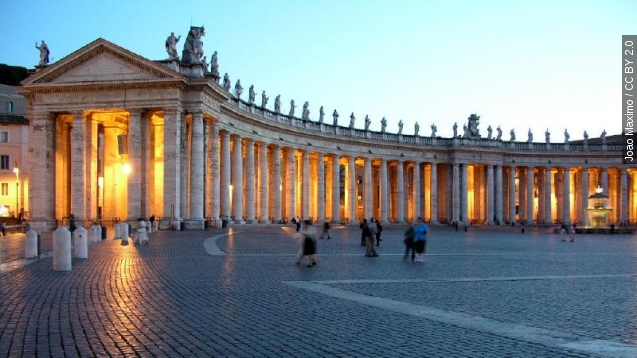 SMS
Gay Priest Loses Duties At The Vatican After Coming Out
By Samantha Crook
By Samantha Crook
October 3, 2015
Father Krysztof Charamsa was stripped of his duties after announcing he is gay and in a relationship.
SHOW TRANSCRIPT

The Vatican has relieved a senior priest of some of his duties after he publicly announced he's gay and has a partner.

"Every homosexual person is a son of God," Krysztof Charamsa told BBC.

Father Krysztof Charamsa told press being able to get married and have dignity were the will of God.

The director of the press office at the Holy See said, "the decision to make such a pointed statement on the eve of the opening of the Synod appears very serious and irresponsible, since it aims to subject the Synod assembly to undue media pressure."

According to the Holy See, Charamsa won't be able to continue his duties in the Congregation for the Doctrine of the Faith or the Pontifical universities. But it's still unclear how or if his non-Vatican duties will change. (Video via Artykuł Osiemnasty)

The media attention comes the day before the Synod of Bishops, led by Pope Francis. The event is held to discuss the Catholic family and same-sex marriage is one issue that's expected to come up. (Video Vatican)

The statement from the Holy See suggested Charamsa's diocese could determine some of the duties he might be able to retain. (Video via La Repubblica)

Charamsa didn't seem too surprised by the church's reaction. He told an Italian newspaper, "I ... know that I will have to give up the ministry, even though it is my whole life." (Video via Corriere della Sera)