Gary Johnson Says 2016 Will Be His Last Presidential Campaign 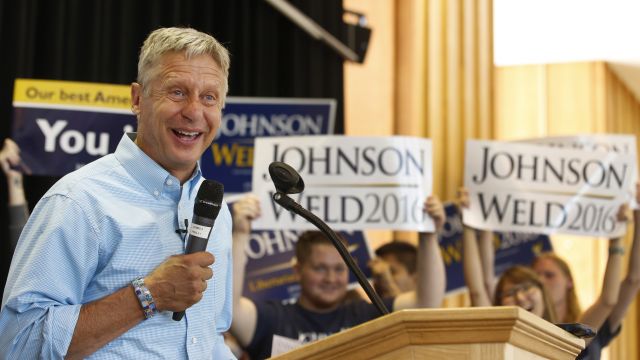 If you want to vote for Gary Johnson, it looks like this year could be your last chance.

The Libertarian Party candidate told USA Today: "This is my last shot at this, OK? I won't be around after this election."

This is Johnson's second presidential campaign on the Libertarian ticket. He also ran in 2012, drawing just under 1 percent of the popular vote. His poll numbers are much higher this time around, but it probably won't be enough to make Johnson our 45th president.

The former New Mexico governor is favored by about 10 percent of voters. That's impressive for a third-party candidate but still a ways away from the 15 percent he needs to be included in the presidential debates. And Johnson knows how vital the debates are for his White House hopes.

SEE MORE: Gary Johnson Wants To Get Rid Of The Department Of Homeland Security

"Would you agree that if you don't get into the debates it's game over?" Chris Wallace asked on Fox News on Sunday.

"Winning the election, yes. I would say, 'game over,'" Johnson replied.

In a year where the Democratic and Republican nominees are disliked by a record number of voters, this seems to be as good a time as any for a third-party candidate to make some noise come November.